Stanley Milgram revolutionized our understanding of human nature with his classic research on obedience to authority – but the obedience experiments form just a small part of an extraordinary wealth of ground-breaking research that made him one of the most important social psychologists of our times.

By the time the first edition of The Individual in a Social World appeared in 1977, Milgram had moved beyond obedience to other innovative research, such as the psychology of city life, the small world phenomenon (also known as ‘six degrees of separation’), mental maps of cities, the lost-letter technique, the familiar stranger, as well as a large-scale experiment on media influence, which is still unique to the present day. In 1992, a second, posthumous edition appeared containing additional articles which Milgram had written after the first edition.

This third, expanded edition of The Individual in a Social World combines articles that appeared in both of the earlier editions as well as previously uncollected material. Among the latter is, for example, an article in which Milgram provides a perspective on the Jonestown massacre and then uses it as a stepping stone for a ringing affirmation of the power of situational determinants of behavior. Another article, ‘The Social Meaning of Fanaticism,’ is almost uncanny in its relevance to our times, despite the fact that it was written several decades ago, as is his take on the potential impact of the Internet in ‘Network Love’. Stanley Milgram possessed a relentless curiosity about the hidden workings of our social world, which he tried to make visible through his experiments and think pieces brought together in this unique, revealing and engaging book – a must-read for anyone interested in social psychology. 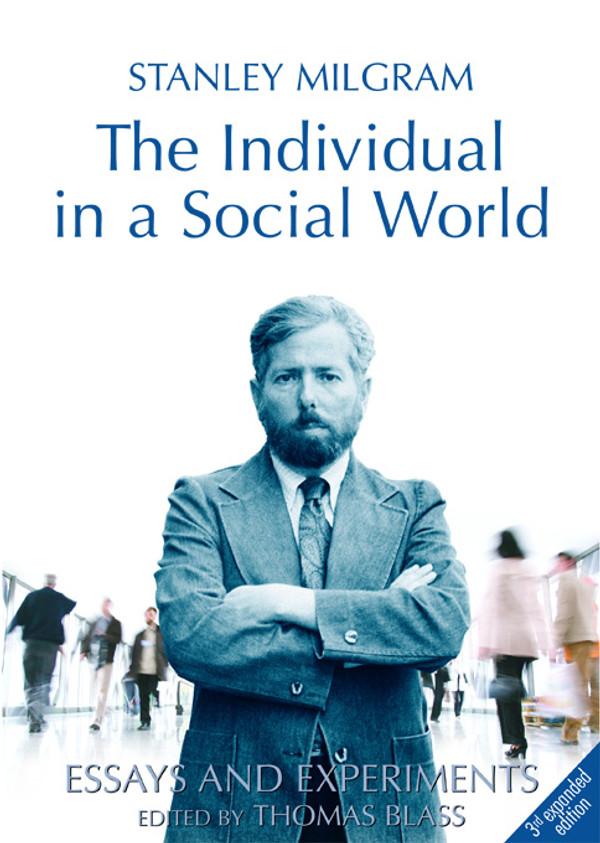 Obedience to Authority: An Experimental View

Miller, Bukowski and Their Enemies: Essays on Contemporary Culture