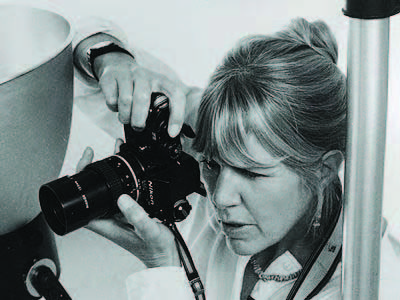 Anthea Sieveking began her career in the 1950s working mostly for magazines and newspapers. In the 60s and 70s she started photographing actors, writers and other eminent people for various publications and artists for the Arts Council. Many of these portraits have been acquired by the National Portrait Gallery.

Later, the emphasis was on illustrating books concerning children, their health, education and development, and a medical encyclopaedia produced by the World Health Organisation. This was followed by her collaboration with Janet Balaskas, photographing births for her books and for the Active Birth Movement.

Anthea's photographs in this book feature the earliest Active Births both at home and in the hospital in the UK. They provide a visual testimony to the start of a revolution in birth practises and have had a global influence, inspiring women to discover and explore new and different possibilities for giving birth to their babies. Anthea's body of work can be found on www.antheasieveking.co.uk

This category contains no products.